[After almost three weeks of lack of reliable internet connection, if at all, I’m back to work on the backlog – now that we’re settled in an apartment in Salta (north Argentina) for at least a week. ] 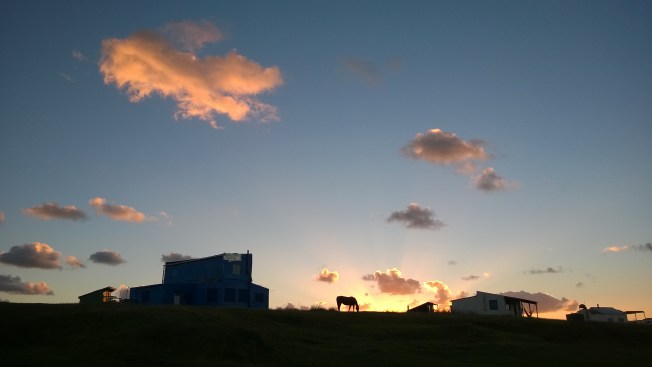 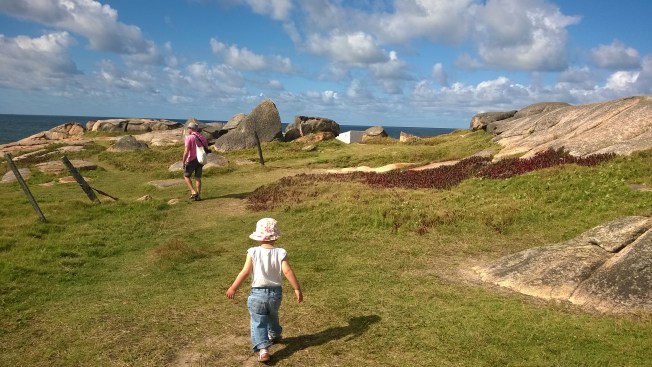 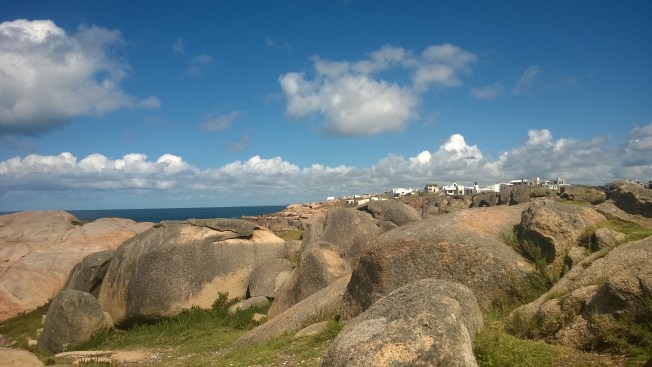 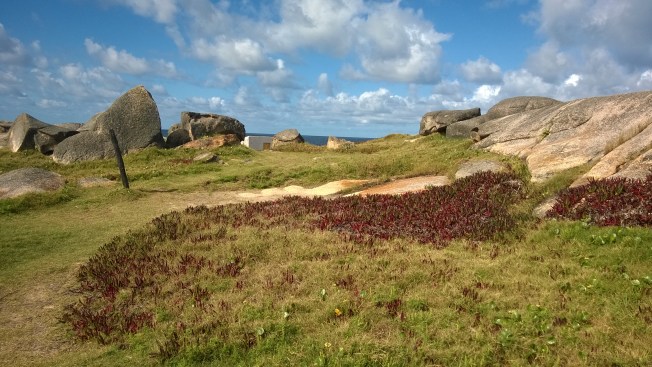 As our airbnb host L. & J. were going away to their family’s summer house in Cabo Polonio for weekend, they asked if we wanted to spend the last two days over there instead of in La Barra. Cabo Polonio is beautiful, they said! And I also heard some other fellow travelers how they felt in love with the place. Yet we still hesitated a little as we won’t sure if it’s too much of driving for Nina (and us) to handle for a weekend, but decided to follow the instinct and off we went. We became the ‘portable’ guest of L. & J. 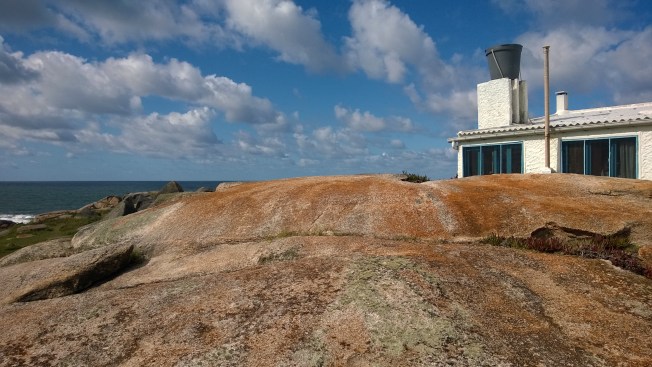 Such a magical place that was! After almost 2 hours of drive we came to the entrance of the national park of cabo polonio, where everyone should park their car and took the special giant truck catered to transport passengers and belongings through the park and got to Cabo. It was the kind of transport that my instinct told me would be a great ride, some people even climbed on the roof level (a bench there for 4 people). The truck ride itself was fun and totally adventure-loaded, negotiating through a rough terrain of sand dune of narrow dirt road in the protected park. It was 7:30pm, the wind picked up, sun going down, becoming chilly but the view was awesome. Almost 30 min later, suddenly the truck was riding on a long beach with sun starting to set to the ocean! 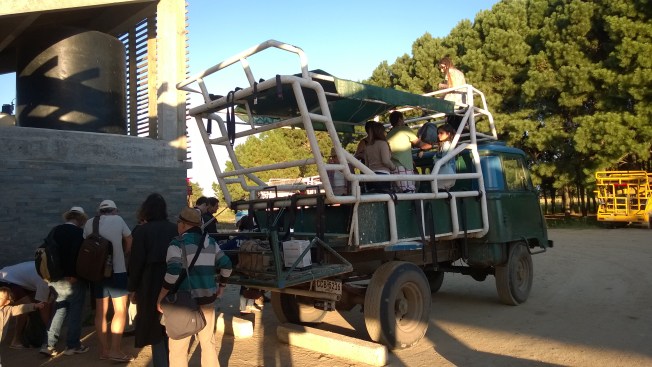 We stopped in the heart of Cabo, a upper hippie village surrounded by 2 large bays, Atlantic ocean and the national park. Some random houses, some tin roof some architecturally designed, dotted the rolling hills which gently joined the ocean. Oh, what a magical place! By the time it was about 8pm, just in time for the most magnificent sun set. With horses standing on top on the hill, it was picture perfect. 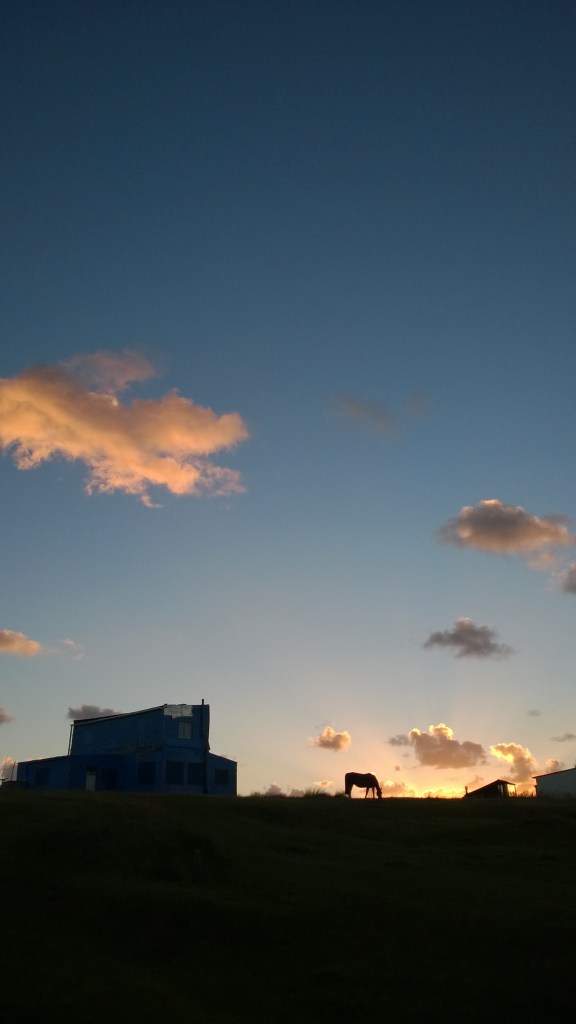 L’s family house was one of those architecturally designed. Perched on top of the hill, it has large window bay overlooking the ocean as well as the whole village. With solar power and generator, it has the essentials (even a fridge powered by gas!), but used candle light most of time and the rain water. 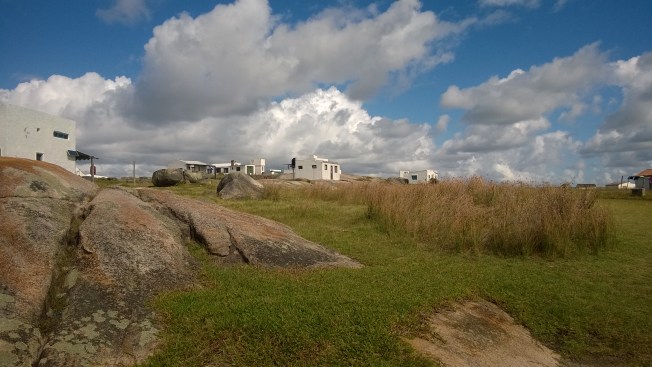 Her brother and sister N. and S. were there, who were still in uni and uni started only next Monday. They have been there since Xmas! I totally understand why it’s such a difficult place to leave. 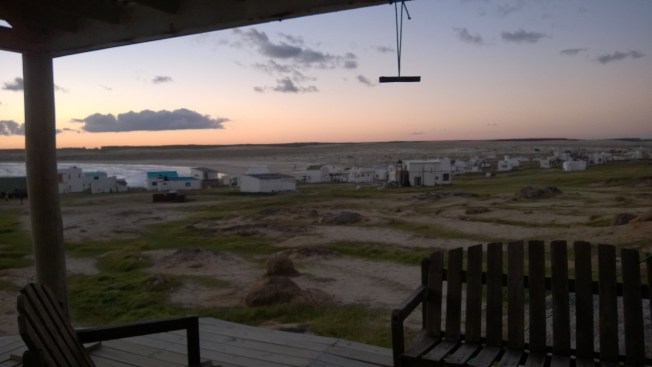 We went to the grocery shop just down the hill and bought what’s needed for 4 pizza tonight. The shop worked on credit system with the residents like L’s family. They would pay the lum sum every two weeks or so. Despite its popularity, it certainly still had its village feel.

Magic place to wake up to. Even simplest breakfast tasted great here, with such a view and such a lovely weather. 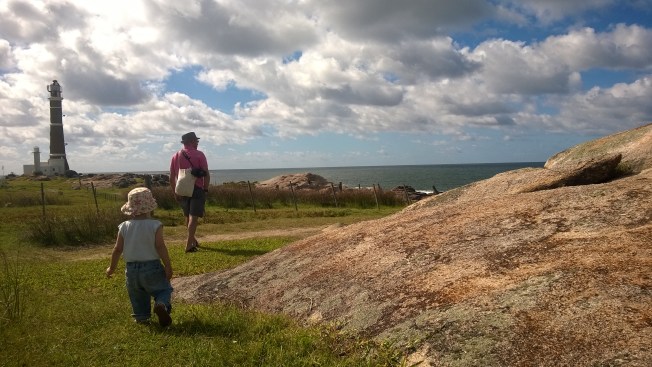 Went for a walk around. To the east. There were amazing rock formation in pink and red, with sea lions lazily sleeping their days away. There was a lighthouse, which unfortunately didn’t allow anyone under 8 to climb, but the walk around it was sensational enough. Nina loved climb over the rocks and through the rampas, looking at the horses – oh horses that Nina couldn’t get enough of. Then we came to the north beach. This was where most hostels, restaurants and shops were. A backpackers dream place, with hammocks hanging on the a framed cottage overlooking the ocean, with gentle waves and warm water, ah!

Had choripan (sausage in bread) and hambuger and pepper with cheese melted on asado grill, it was a great and simple lunch on the beach side. The asado chef danced and hummed while cooking up our lunch, while Nina and I waited on the bar stool. Definitely the stereotype kind of holiday. 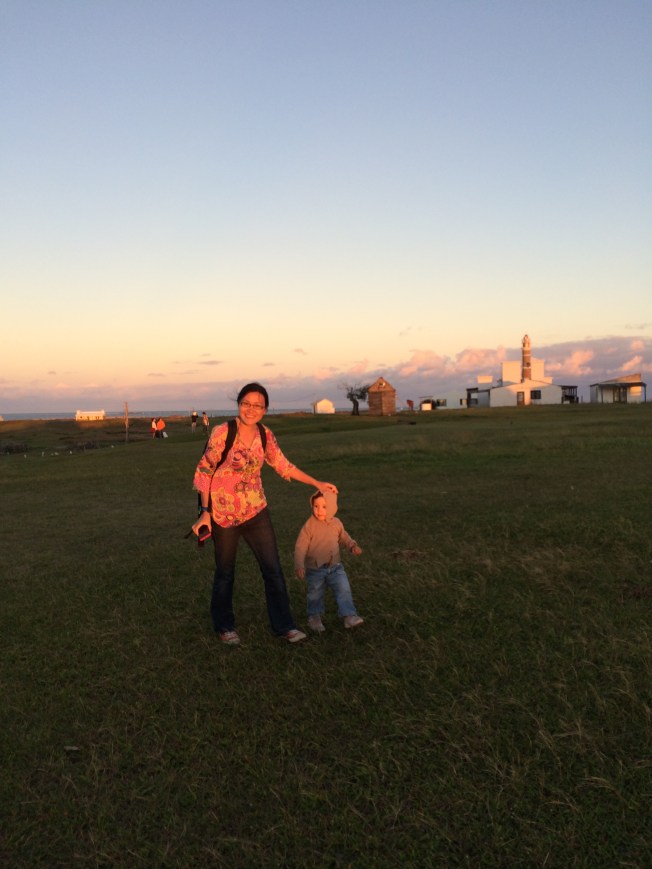 Another most amazing sun set. Tonight there was not a single cloud and we went down to south beach to see the sunset, watched the sky turned golden, red, purple, the pink, blueish.

Then the moon. The starts. The milk way!! It reminded me the night at kanbura in QingHai. They had a roof top balcony, from where you had an uninterrupted view to the most incredible sky – whole village relied on only candle light mostly so there was only the sky and stars that glimmered. Sensational to say the least!

I wish we could stay longer but it’s time to leave today and go to our next home booked. 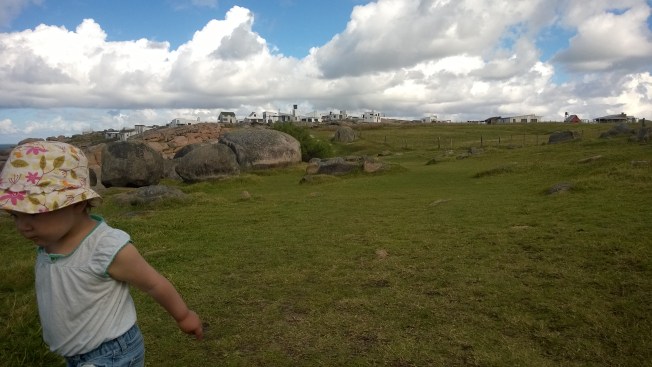 We maximized the time in Cabi, morning on the south beach. I went for a long walk along the beach, kilometers long, seemed endless. A sailing boat capsized on the beach since Jan and still wasn’t been able to be got out of water. Cows sleeping or having a stroll on the beavh, nobody was bothered. Cows seemed to enjoy.

We took the truck at 1pm. Loved the ride yet again. Nina Fell asleep on such a bumping truck. Kids are funny creatures. Drove back to J. & L’ s house to pick up our luggage. She called the bus company cot to reserve seats for us and found out we could just wait in la Barra. They also called the new host to arrange pick up!! Really amazing host, excellent airbnb experience. And a certainly unforgettable weekend.

It’s fair to say that Cabo Polonial was easily one of the highlights in this trip so far.