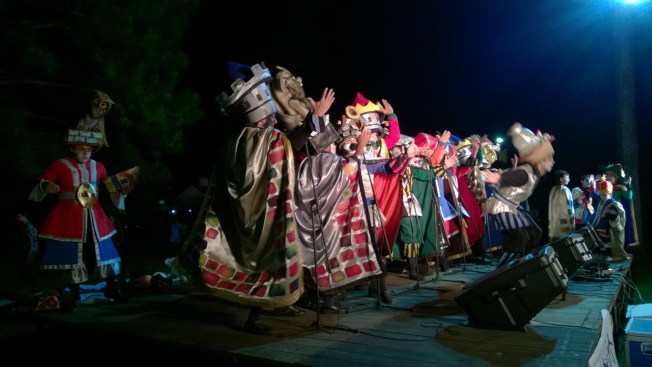 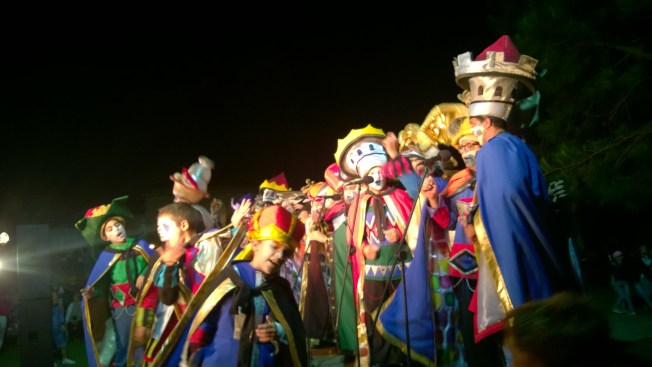 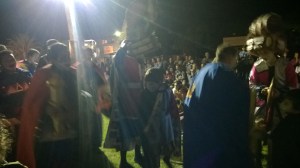 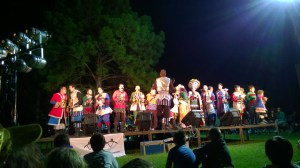 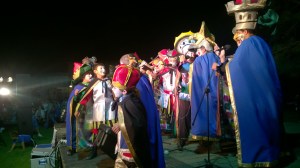 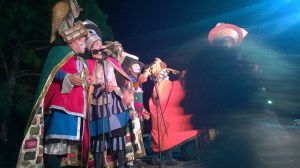 I went out to watch carnaval in La Barra – a small town next to overly developed Punta del Este. Oh!! What a surprise! Less than 10 min walk from home, there was a small stage set up on the village green. Carnaval here apparently was different performance groups competed with each other in the form of show, costumes, drumming skills etc, and it lasted the whole month of Feb. Today and tomorrow are public holidays called Carnaval, it’s the end of the carnival season. The group I saw put on such a colorful, vibrant and energetic show with their amazing costume and singing and dancing and drumming. There were perhaps 30 of them, including three kids, one at the age of 6 or 7 I would guess. In the audience there were lots of families, many with young kids, some even younger than Nina. Latino way of childhood!

I was mesmerized by the joy from the show and the atmosphere created by the audience. There was the real wood BBQ made hamburge. Mostly locals were in the audience, so the show was far from the touristy show.   I couldn’t be more appreciative than the opportunity I have to witness and be part of such festivities around the four corners of the globe.

Topping the ice was the many glowing worms on the way walking back home along side the street. I haven’t seen them since my childhood. Together with the stars above the head, they made me a very lucky being.