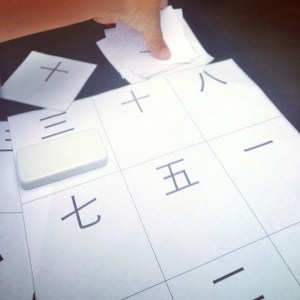 I saw this standing in front of an op-shop today on my way to the train station. I couldn’t help but stop to take a snapshot.

In my sometimes seemingly confined world of trilingual parenting that I often feel a lousy parent, I need to be a little kinder to myself.

Always be a little kinder than necessary. There are amazing similarities between parenting and starting up a new business. Here are 10 things that they share in common.

1. There is no user-manual that guarantees the proper function and the success.

2. Everyone will have an opinion.

4. No one pays you. For a potentially long time.

6. You often wonder, how come I work so hard but I’m still doing such a lousy job?

7. The support from the partner and family makes it so much easier.

8. You need to take a break, even if it’s difficult to arrange.

9. It’s a lonely journey, as most of time you don’t even know where to start to explain.

10. You’ll never fully know what it’s about until you actually start the job.

Do the parents speak each other’s native language?

Does the answer have anything to do with the child’s multilingual development? If yes, how? I recently reflected on this question a lot.

In many multilingual families with whom I have had the fortune to meet/converse/engage either in person or through the facebook group, the dilemma often arises when one parent doesn’t speak/understand the other language that the other parent wants to cultivate within their child/ren.

Not speaking the language of the ‘other parent’ very often becomes a key challenge in maintaining/developing the particular language in the child.

Take Family G as an example. Mum L speaks Cantonese to child T, and dad D speaks Italian to T, but L & D do not speak each other’s native tongue and they speak English with each other. Imagine the family dinner – whenever there is Cantonese or Italian involved between one parent and T, the other parent inevitably feels a bit left out, no matter how hard they try to be patient for things to be translated. It takes extreme commitment and discipline NOT to switch everything into English just to ‘make things easy’.

I recently became particularly aware that just how lucky my family is, linguistically, in that my husband and I speak each other’s heritage language (French, Mandarin), and we both also speak English. It is the best possible scenario in raising a trilingual child, or any multilingual family, in my humble opinion. It means that I can speak Mandarin with Nina without worrying that Nicolas feels left out, and he can continue the family conversation simply by continuing/switching to French knowing that everyone else understands.

So my feeling and my experience tells me that the success rate of multilingual parenting is positively proportional to the level of all languages used in the household by both parents.

There is no research, however, that backs this up. I have spoken with a few professionals, and tried my good old friend named google, but nothing really came up.

So I want to throw this out to the readers of this blog. Could you tell me:

From your experience, is speaking the other parent’s language important for brining up multilingual children? leave a comment here, or on the facebook group.

Thanks – I am really curious about what you have to say.