Almost 120 days after we officially started our round-the-world trip, 5 countries stamped in the passport and 21 different beds later, I came to the conclusion that kids are just unpredictable creatures – at least Nina is! 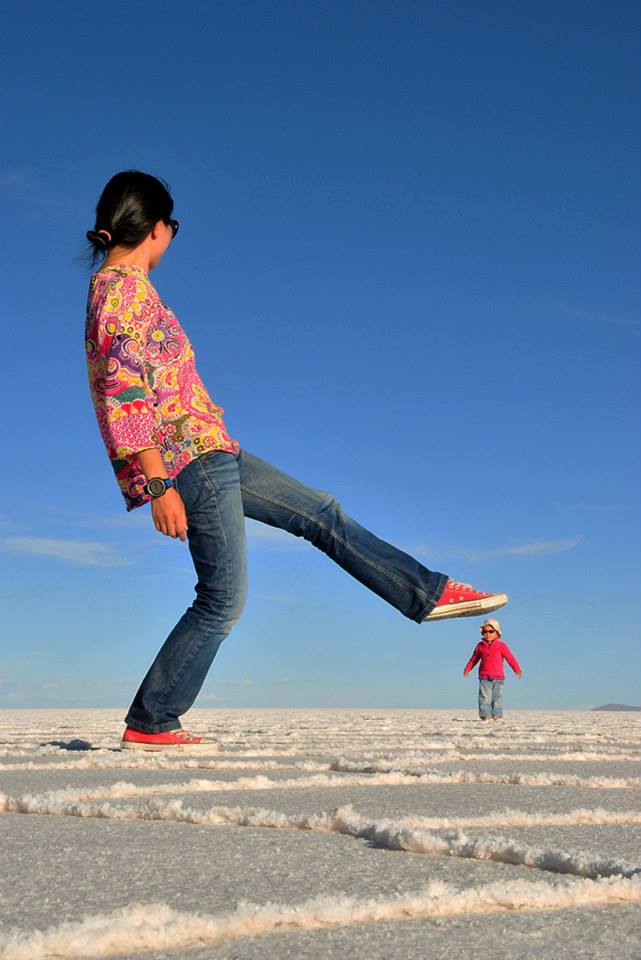 What I thought would be the most difficult to cope – changing beds so often in new room/country/temperature – Nina had absolutely no issue with except the very first few days in France (largely due to the time zone changes between Australia and France I suspect). She has so far slept on 21 different beds – sometimes with her own bed, sometimes in a cot, sometimes on a mattress on the floor, occasionally sharing a bed with us. Regardless the bedding arrangement, as soon as the light was out in the room and door was closed, she promptly falls onto her bed and is ready for her night. I cannot be thankful enough for this priceless gift that Nina is granting us!

But then, sometimes, in the most unexpected moment, Nina would become the most horrible creature on the entire planet. Some days, nothing but taking off her pyjama, changing her nappy and putting her day clothes on would take more than an hour, with screaming and physical wrestling. At days like this, by the time we were ready for breakfast, I was exhausted, and seriously asked Nicolas why we were doing this to ourselves.

Nina, as all other children I guess, had a natural talent in keeping herself entertained with the most unexpected objects. While we walked on the most mundane street in BsAs, she could spend incredible amount of time joyously walking on and off the steps in front of apartment buildings. Lately she is in love with wooden sticks mostly branches fallen off the tress. She would laugh with excitement when we found one for her, and even more so if we found two at once! Many times we couldn’t keep the sticks with us (well, for a 6-hour bus journey for example), she would constantly ask where her sticks, and we had to promise her once and again that we would get her new sticks when we arrive.

Talking about long distance bus trips … I was very concerned with having to going through this with Nina, as well as the well-being of other passengers. Nina was all over the place on a 2-hour bus journey in Uruguay already, and I thought that was the sky limit. Then Nina surprised us again and again – she was ok with a 3-hour one, then a 4-hour one. The record so far was a 6-hour extremely bumpy bus ride in a Bolivian version of tourist bus (reading: no air condition, no reclinable chairs, etv) – she not only endured it but seemed actually having enjoyed it.

One of the most challenging aspect of travelling with such a young child – as far as I am concerned – is the fact that you are stuck with each other 24*7. She needs other kids to play with. I need ‘me time’ for my own sanity from time to time. But the fact is that we are constantly on the move, and it’s not realistic to get reliable babysitters in a country where you don’t even speak their language properly, so there is just no escape. After a full-on day, there is still research to be done for the next destination, hotel to be booked, bus ticket to be bought, luggage to be packed, diary to be written, emails to be replied. Sometimes, it just feels overwhelming. And why the update of this blog has been slow (I’m trying my best still!).

But then it’s all made up by the fact that we get to discover the world together. And I as a parent get to witness how she’s learning, changing, building up her language, while getting to know the world with her parents. It’s a privilege that I cherish.