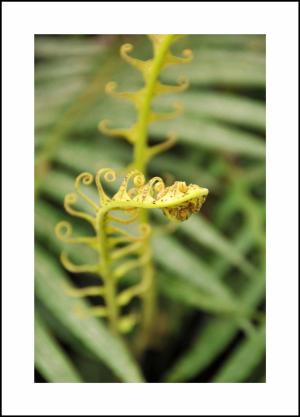 At the check-out of the local supermarket yesterday, Nina saw a toddler wondering off from his mum who was busy paying. Nina went up to the toddler, looked at him, while pointing at his mum, and said ‘mummy, there’.

That single sentence, an incomplete sentence, gave me immense joy and satisfaction. Why?

1) Nina really gets that different people speak different language, and learnt that English is the language of the society she lives in now. So she didn’t speak Mandarin nor French to that kid, but consciously chose English, which is for the moment her weakest language.

2) she’s now comfortable enough in her English to INITIATE a conversation. Such a huge difference from when she hide herself and refused to talk to ANYONE beside her parents. It’s almost like she’s becoming a different child. That sentence (‘mummy, there’) was not complete and far from being perfect, but it conveyed the message perfectly. That’s what it counts in language – to communicate and deliver a message! The refinement of the language can, and will, come later.

3) Nina has a good heart that she wanted to make sure the toddler stay close to his mummy. Kindness and willingness to help is a quality that I value enormously and wish to instil in Nina.

I had a big smile on my face at that supermarket checkout. I was very proud of my daughter who is, at 3 years 2 months old, able to sort out three languages, learning every single one of them (including English which we don’t speak at home at all, but she is picking up mainly from her pre-school since less than 2 months ago), and comfortable enough to communicate via them.

I have to add that I was proud of myself too – it’s at that moment that I realized all our efforts of raising a trilingual child IS paying off. It gave me confidence and courage to keep going. Like what I have always believed, and as part of my lessons from our round-the-world trip: Things always work out in the end, with due efforts.