Travelling is all about the experience. As much as it’s about different landscape, it’s about the smell, the colour, the look, and the taste. Above all it’s the people we met that makes the most lasting memories. As we were travelling as a family – which was certainly the minority in the long-term-travel department – we naturally paid closer attention to other families we met. So I decided to dedicate an entry entirely just to some of the amazing families we met. 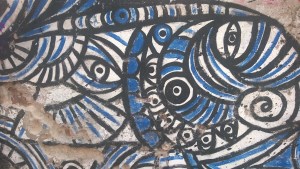 In Cusco, we stayed in an Airbnb house with a very special family for about 10 days. Parents (Bill & Nicole) and 4 kids ranging from 1 to 8 (Liam, Tim, Jeanne, Sam) shared a cosy 2-story colonial house with their guests (they could house as many as 10 guest I believe with 4 guest rooms). Bill & Nicole had to be the most active parents with this amount of little ones under 10 – I simply didn’t know how they managed it, and they managed it so unbelievably well.

Bill and Nicole were both originally from Buffalo/USA. Coming to Cusco when their oldest son was only 1 with no Spanish, they now had 4 kids – active, social, capable and polite – and everyone (except Sam who was just turning 1 so not verbal yet) spoke perfect Spanish as well as English. Bill impressed us one day with his fluent Quechua conversation with a cab driver. All kids were being home-schooled (they had a ‘classroom’ at home)! We were one of their first guests as, back in April, they just started their new adventure as a family: build a business with Airbnb room rental + local experience guide. Their business had been going wild since then as I followed their facebook update. They managed everything by themselves with just help of a cleaning lady coming to their place every day (I believe) – starting the business, receiving and looking after the guests, schooling, guests, outdoor, house chores, getting two outdoor showers built, and everything else with 4 kids. Yet they managed to be constantly on the move. They did walks or rode bicycles almost everyday after schooling.

Right before we left Cusco, they were getting ready for a 4-day trekking with all four kids. This was the real hard core type of trekking that we were talking about here: they had to carry all the gears and supplies for 4 days as there were no shops nor established campsites along the way, they had to set up tents every afternoon and take down every morning, they had to cook using only what you carried (including utensils), and they would be walking constantly well above 4000 metres above sea level- so snow would be present. This was the type of trip that even just with one toddler that I would try to avoid, and they were setting out with 4 kids, including one still being breastfed. Talking about madness!

For a week, they got Liam and Tim to practice setting up and taking down the tent in their backyard, and boys would sleep in the tent at night. A few days later, the boys were perfectly capable of taking care of their own tent, entirely on their own. On the day they hired three horses  – one for Liam, one for Tim, and the other one for carrying supplies. Bill and Nicole would carry one young child each. As the departure date approached, it started to rain heavily and the weather forecast didn’t give any better news. They hesitated – as any rain in the city of Cusco could mean horrendous snow up in the mountain where they were going. But they decided to go anyway. I was eager to hear from them as we arrived in Colombia – and then I saw them posting some awesome photos after they returned from that epic camping trekking trip. They made it!

South America is the type of place where you don’t see or hear Chinese often. In Bolivia, it became even less so.  So I was naturally surprised – and delighted – that in the garden of a small boutique hotel in Copacabana/Bolivia I heard a mother speaking to a young child in Mandarin!

Meet one of the most travelled international families I’ve ever known.

Yvonne (Chinese by birth) and Fernando (Venezuelan by birth) lived in Bogota/Colombia with their 3-year-old Luca (born in, guess where, Czech Republic). They were travelling for a month through Bolivia and Chile. Just before coming to Copacabana they did the 3-day jeep trip of the Uyuni circuit which I didn’t attempt to try (we only did the day trip).

We spent quite a few occasions together in the following days before they went back home, including a dinner in a restaurant, an outdoor Jacuzzi feast overlooking Lake Titicaca (the highest navigable lake in the world) where two kids had enormous fun together, feeding llamas, and a dinner cooked by Yvonne (in this most lovely hotel, each room/bungalow came with a kitchen and wood log fire place) and shared over a bottle of Chilean wine, a few beers, and many stories. We felt we had made 2 good friends in an entirely unexpected way.

Who would have thought that after bidding farewell there, we then would meet again in Bogota/Colombia, a destination that even at that point was not part of our plan?! Even more so, knowing we were going there, they insisted to have us stay over at their apartment in Bogota. Yvonne and Luca would be away in Prague (talking about international travel!), Fernando would reside in their sofa while we occupied their master bedroom! Have I mentioned that Colombians were among the most generous and welcoming populations on the planet? Fernando showed us around in the city of Bogota and led us inside a few doors that we would have otherwise never been able to.

Upon our second (brief) stay in Bogota after travelling around Colombia (and loved it), Yvonne and Luca were back, so we were able to spend yet again one day together, visiting the most beautiful school of arts (where Yvonne was studying leather arts), dined and danced in a Japanese themed restaurant with a few chica drinks.

This was a family that played an unmistakably big role in making Bogota such a special place in our trip. This family is still on the move – since then they had relocated to, guess where, Cairo/Egypt! Who knows where we’ll see each other again next.

A young family with a 6-month-old lived in a remote slice of paradise – on the volcanic island of Ometepe inside the biggest lake in Central America in Nicaragua. They were building their family, as well as their guest-house business, on the farm land that they bought (while still living in USA) and developed over the last 7 years or so from scratch. It was definitely an experience in itself just to get there, but it could easily be one of the most serene/peaceful/natural existences on the planet. With about 100 different fruit trees and many monkeys in the company, days could just be idled away, with plenty of time to reflect or to meditate, or to sip the house-made hibiscus tea. The question is: if some could build such a flourishing farm in such a remote location coming from so far away, what could not be done with some genuine love and persistence?

I have written a separate blog about our 3-day experience there – Finca Mystica, A Destination In Itself.

Where and how to live as a family is certainly a personal choice. By meeting some truly incredible families like the ones above who have chosen to live a different life, in unexpected corner of the world, or in some unconventional fashion, my eyes were certainly opened. Bringing a toddler to travel around the world for 9+ months was not a small deal, but sometimes comparing to these families I felt that was really just breeze.