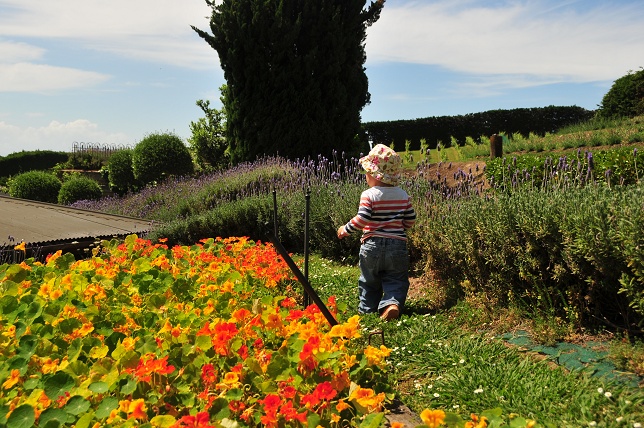 It is thanks to our warm-up trip in New Zealand in later November and equally importantly my experience of being a ‘full-time’ mother for the last three weeks since Nina stopped going to full-time day care that I have learnt a few things about what to expect when travelling with her during the next 9 months.

Learning #1: pack everything the night before your morning flight.

Even before the plane took off from Sydney, my biggest learning on how to pack has already took place. That is: pack everything the night before your morning flight.

I thought I did. It turned out I left a ton of things undone – all normally small things that needed 30 seconds to get done, without a toddle in bad mood. I wanted to wash three apples and bring with us as we just had time for a super light breakfast. Nina saw them and wanted to eat one immediately. I had to refuse because we were running out of time and, surprise surprise, she started to cry. Then try to put her shoes on when she was crying! Any parent who has attempted this will tell you that it might take a life time, and lots of muscles! So a simple 30-second action of ‘washing three apples and put into the bag’ turned into a 10 minutes battle. So my learning from that incident was to wash those bloody apples and put into the bag the night before. And never leave ‘just a few more things’ to the last minute.

It was 11:15am. We visited a beautiful old cemetery in Auckland and were ready to march to the nearby city centre for lunch. Nina normally had lunch between 11:30 and 12 so we thought it would just be in time when we get to the city.

Then Nina started to be grumpy. She didn’t want to walk anymore, nor sit in her pram. She wanted to climb into our arms and started to suck her thumb. She was also pointing at my bag where I usually put a snack or two. But that day all that I had was some dry raisins (another mental notes: stock some snacks as soon as arriving in a new place). Obviously she needed to rest and to eat. Otherwise nobody got to rest and eat properly for the following 2 hours. So we just hurried into the closest restaurant that we spotted and ordered the quickest food possible. We were lucky that it was a Japanese restaurant, the food was okay, and the bill wasn’t too dear. But what if it was some food that we didn’t necessarily fancy at that moment? What if there were only fine-dining type of restaurants (anyone who had the pleasure of dining with Nina would agree with me that she’s not yet ready for fine dinging!)? What if there wasn’t any food place at all nearby?

So we quickly decided that, in the future, no matter what was planned for the day, we would always pack some lunch to take with us for the day, at least for Nina. Something simple. Something that can be supplied to Nina at any given time and given place as long as there is some sort of place to sit down (a park, a bench under the tree, a nice public square, and even better a beach!). A simple sandwich for example could do the trick. The fact that we would have the peace of mind that we always have plan B ready is priceless when travelling with an impatient toddler who wants it NOW!

Learning #3: Pack books. What about toys?

We decided to bring a few (light) books – her favourite tao zi series and tchoupi. It turned out to be an extremely wise decision, because she always asked for them! In the car, on the plane, before bed time, after breakfast, etc, etc. She never seemed getting tired of them. So far.

On the other hand, we decided not to bring any toys. They are bulky generally, and we found that she didn’t have one particular favourite toy (not like her books), and she grew out of any given toy at home very quickly. And I figured, for her, anything could be a toy when travelling. Cooking utensils were great fun. If we were out and about, it was everything in the new environment that attracted her attention. She would happily play with a fallen leave or tree branch for a while!

With this said, I am more than aware that her ‘likes’ and ‘dislikes’ change all the time. Her favourite books might be forgotten soon. She might start to become attached to one particular thing that would become her special toy. As that comes, we will need to adjust what to bring, or to get rid of.

Learning #4 Go with the flow

As I wrote in the previous blog ‘Slow Travel’, we as a family found that travelling slow was a great way to travel with Nina. Planning no more than two ‘big’ things in a day seems to be working so far. Visit a museum and do grocery. Go to beach and have a nap under the tree (yes napping does count as a ‘big’ thing!). Chill out at home and write blog. Laundry. Just to list a few days’ planning.

But no matter how much planning was done, there would always be days when nothing goes as planned. A chill-out-at-home day may turn out to be a day when Nina just wanted to go outdoors- she would bring her shoes, and her parents’ shoes to us, and insisted everyone put them one. This was when I would know I had less than 2 minutes to get ready to go out.

So my strategy was to go with the flow. If it’s not what we have planned, instead of fighting to get our plan back, it’s better to just get a plan B and enjoy it. The luxury of being able to travel slowly usually made up for the missing of plan A.

Of course it’s easier said than done. I lost temper and patience a few times already in my 3-week full-time mother career. I am quite sure that I would do the same unspeakable again, and again. But hey, I am learning!

Gone are the days when we could just throw a backpack onto our, well, back, and off we went. Travelling with a toddler requires planning and patience. A lot of both. I am working on both front.