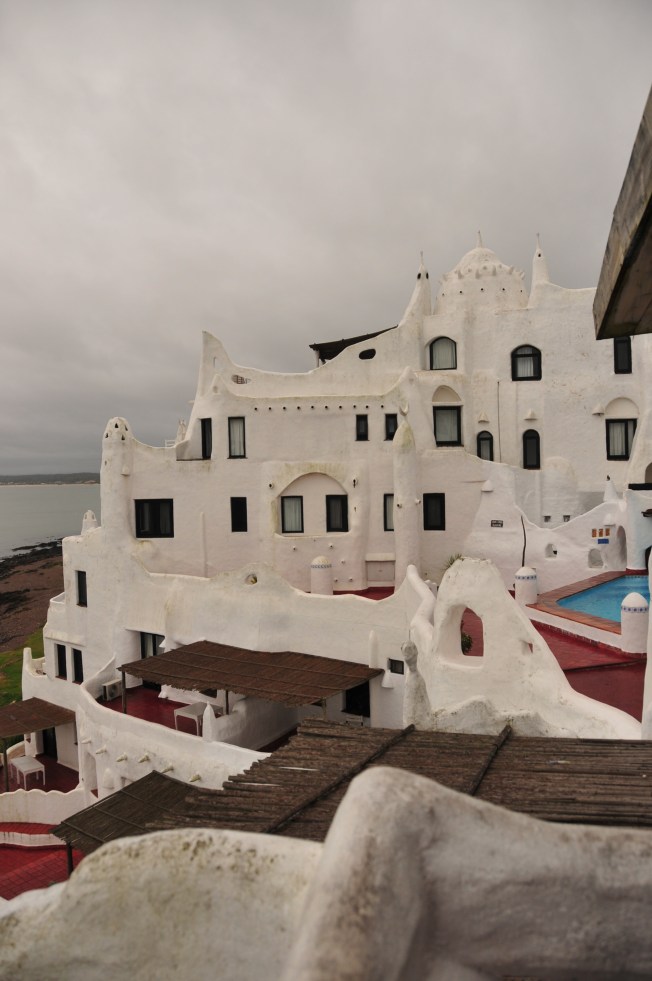 Casa Pueblo is a castle/house/workshop/studio (now a public house and a hotel part) by the Uruguay’s national artist Carlos Páez Vilaró. 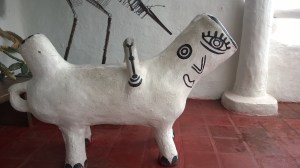 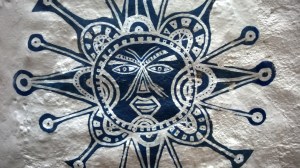 At 91, he just passed away a few days ago, and his funeral was almost one of a national hero, which created heated debate in the media. The house was a complex of imaginary and fairy-like rooms, forms, and curving lines. Huge, but we only got to visit a small section, the rest was hotel and private housing. It reminds me of Gaudi and some of Picasso’s painting. An interesting man with footprint in four corners of the world, in painting, film, ceramics, and, interestingly, revolutionary. There was a very well done documentary (autobiography style) to watch in the in-house theatre (another room of genius). 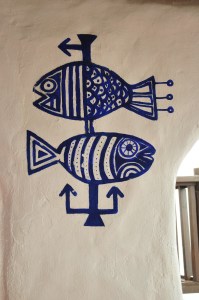 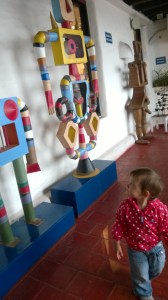 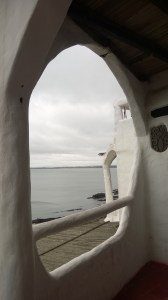 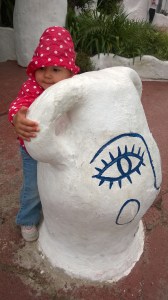 Nina bit her lower lip while playing on a bench. Another small accident that fortunately didn’t last long. 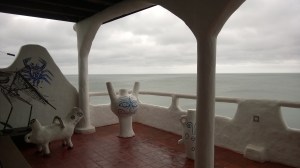 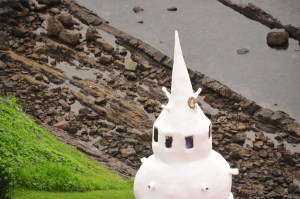 Jose, our Airbnb host in La Barra, dropped us off near the house in the morning around the cliff (great view with ferocious wind). To get out, we had to take a taxi or to get a lift as there was no public transportation back to the city center. We took the only taxi that was dropping off a client, and got another couple to share the fare back to Punta. It started to rain once taxi set off.