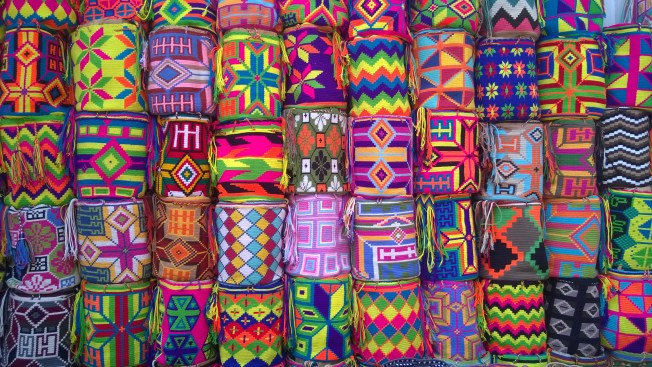 Colombia came as a surprise. Even for ourselves. We didn’t have Colombia in our initial plan, because, well, all that I knew about Colombia was drug trafficking. Seriously, how ignorant I was!

We kept hearing about nice things about Colombia in the first part of our trip. And after a tiny bit of reading, I learnt that Colombia is one of the most developed countries in South America, with 10 straight years of economic growth. And drugs still exist but mostly only in the deep jungle where a tourist will have to be very determined to find its trace.

And it has a Caribbean coast, and we heard scuba diving was good there.

So we changed our plan (in which case, a pre-determined Round-the-World plane ticket is a real pain in the ass, and expensive to change), and found ourselves in Colombia for more than two weeks now, and with two more weeks to go. 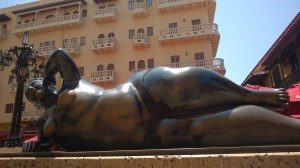 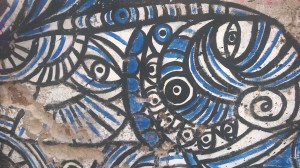 We started with the capital city of  Bogota – a real charm mixed the old and the new. It has the normal drill of a South American city of colonial charms, but it has also a modern part full of high rise buildings, top notch restaurants and bars. (Mind you, Colombia is not the cheapest country in South America.) We have in particular the luck to be invited to stay in the centrally-located apartment of Hu/Fernando – a Chinese/Colombian/Venezuela family that we met and  made friends with in Bolivia. Life is a miracle on the road you see! Its gold museum is mind blowing, and glittering with imaginati0n, tradition, and charms.

While Bogota is located in the Andes mountain (reading, hot under sun shine, but chilly in the evening), Caribbean was what we were particularly after. 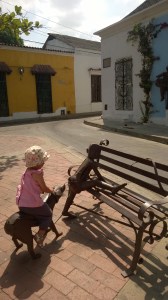 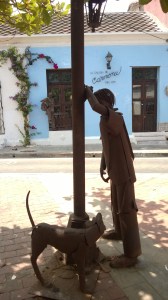 Cartagena is totally different from all that we’ve experienced so far in this trip in South America in the last 4ish months. It is hot (typical tropical, steaming with humidity), day and night. It has a clear African influence in its ethnicity and colour pattern. There is no more Andeans to be seen (so no Aymara nor Quechua). It reminds me more of Dominican Republican, than, let’s say Bogota.

Yet, Cartagena is claimed to have the oldest and the best preserved colonial walled city in the  country. it was the entry point for Spaniards to conquer the continent. Today it’s beamed with high end boutique hotels, restaurants, bars, boutique design shops. A mix of Colombian holiday makers and international backpackers flocked to its charming walled city and proximity of beaches, and contributed to the skyrocking price. It’s a place with set menu lunch for 20 USD (less than 5 in a local restaurants in many other parts of the country/continent) 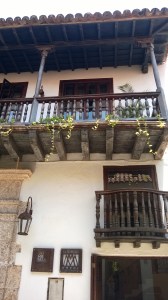 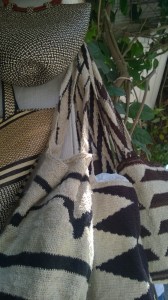 While it’s a pleasure to the eyes to walk about the old walled city, we prefer the much smaller and simpler (rustic perhaps is a more rightful word) of Taganga – a fishing village-turned hippie beach/scuba diving village of 4 hours bus ride away from Cartagena, still on Caribbean coast). We love the more laid-back vibe of the village, much preferred the small/white-sand beach with much much less hassle of vendors trying to sell you everything as in Cartagena beaches. I bought two freshly caught fish for about 10USD last night on sunset (and I was told I was being ripped off already). 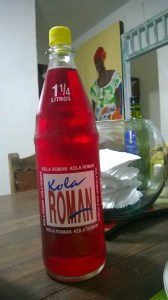 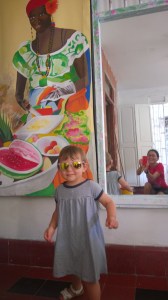 Better still, for the first time in this trip, we left Nina with a babysitter during day time (8am-2pm) on her own while we went out to do a much-desired boat dive trip (2 dives). It wasn’t an easy thing, for all of us. For one, we had to really feel comfortable with the babysitter to leave Nina with. For two, Nina seems to get used to new things (esp new people) fairly slowly, so would she be ok??

The answer was, yes. When our boat approached the shore, I saw Nina happily playing on the beach with her new ‘ayi’ friend, the babysitter. THey apparently had a lovely morning, playing, watching cartoon, walking to the beach. Everyone was happy (the babysitter as well – we tipped her nicely and happily).

As how it works out in such an extended trip, things change so often and we are constantly modifying our plan. Among many other changes, we initially thought we would stay in each place for a month but we learnt that it’s not possible nor  necessary (for the sake of Nina mostly). We initially planned to go to Chile but not Bolivia nor Colombia, but we did the other way around. The changes is at times frustrating, but mostly rewarding because it’s allowing us to discover the unexpected, follow our instincts, and learn the new and the surprising along the way.

Leave a Reply to So Where Did You Go? | Trilingual Family Cancel reply